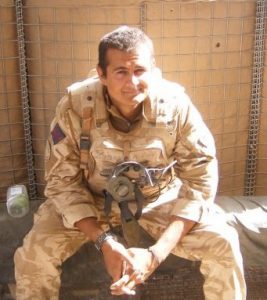 Former Lance-Sergeant Markus Strydom MC, originally from Amanzimtoti in South Africa, was on his second tour of Afghanistan with the Grenadier Guards when he was seriously injured in 2012. As part of a recce platoon, Markus and his team were clearing a compound when he was shot in the stomach from about five metres away by two rounds from an AK47, before being hit by a hand grenade.

‘They say your life flashes in front of your eyes; that’s a lie. I just thought, ‘this day can’t get any worse.’’

Whilst drifting in and out of consciousness, Markus was carried on a stretcher for roughly two miles, driven by quad bike to a patrol base and then finally airlifted to Camp Bastion. On a plane home to the UK the next day, his condition deteriorated rapidly and he was diverted to Cyprus for emergency surgery to repair his bowel, which had been perforated by the shock-waves from the grenade. Markus underwent five operations in ten days and had 10cm of his small intestine and a large amount of stomach muscle removed, before being flown to Birmingham where he spent a further ten days receiving treatment. He was medically discharged two years later, in September 2014.

Markus first encountered The Not Forgotten in 2013, when he was invited to Majorca on one of our Rest and Relaxation holidays. At the time of the trip, he was struggling with both the physical and psychological repercussions of his injuries.

‘Coming from the military, you have to change your mindset when you get home. You’re used to being told what to do, what to wear – it’s all very regimental. When the rug is pulled from underneath you, it can be hard to adjust.

‘I can’t put into words what that trip did for me. After a really tough period, it reconnected me with my wife and allowed me to re-evaluate what was important to us.’

Markus went on to attend several Not Forgotten events, before becoming an active volunteer and supporter of the charity, dedicating time to supporting fellow veterans alongside his new career.

‘What makes The Not Forgotten stand out is that they will give you a challenge; they take you out of your comfort zone and push you to do things you hadn’t ever imagined doing. Whether it’s taking younger injured veterans or serving service personnel skiing, mountain climbing and marathon running, or taking Normandy veterans back to the Beaches where they landed in 1944 – everything is done with love, compassion and a cheeky smile. The Not Forgotten brings you into their family and makes you feel human again.

Put simply, without The Not Forgotten, I wouldn’t be where I am today.’ 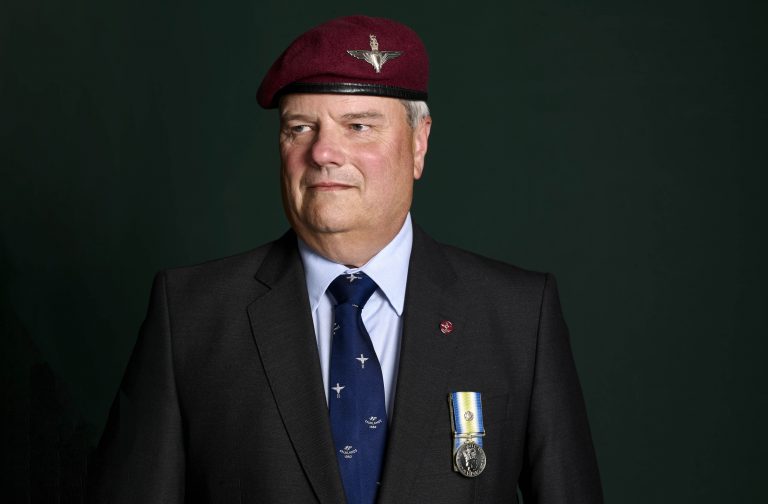