Over the past couple of months, our fundraisers have been out in force across the country. Between them they’ve managed to raise a phenomenal sum for The Not Forgotten but have also done a brilliant job in raising our profile as we continue in our efforts to Find the Forgotten.

We are always honoured to be chosen as one of the charities supported by Cuthy’s Big Bike Ride, which took place on 2 June and is held in memory of Nathan Cuthbertson who served with 2 Para and was killed by a suicide bomber in Helmand Province, Afghanistan in June 2008. You can find out more about the event, including photographs, here. 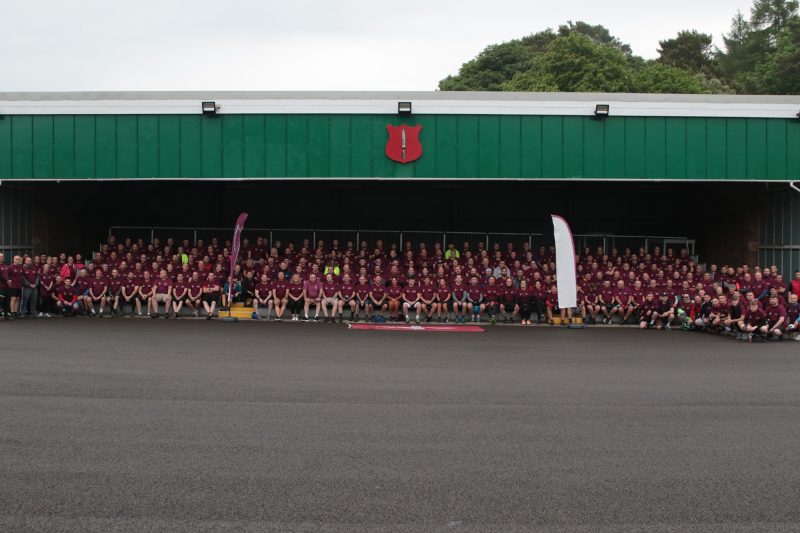 This year’s Swingtime in the Gardens was a day of of live entertainment from acts like long-time Not Forgotten supporters The Jive Aces, plus vintage clothing stalls, British food, bars and a funfair, and we were thrilled to have been one of the event’s chosen charities, alongside Acorns Children’s Hospice.

On 22 June Gary Robinson took part in the Midnight Ride around the countryside of Northern Shropshire and parts of Wales. Although he didn’t manage to complete the race due to injury, he managed to raise an awesome £400.

On the same weekend, Pete Lygo was once again at the Weston-super-Mare Air Festival, where he managed to raise a phenomenal £1,253.75

Friends of Dale Mallin – a Not Forgotten beneficiary and volunteer – Linda and John MacConnell-Clark managed to raise a whopping £951 (to date) for TNF through their annual charity BBQ, where John and friend Scott took to their kilts to hold an auction before Dale made a moving speech. It sounds like a fantastic afternoon!

In the build up to Armed Forces Day, Terry Grimwood set up a fundraising stall outside Waitrose Godalming where he spent 82 hours collecting – that’s just over an hour for each year of his life. His commitment certainly paid off as he managed to raise an astonishing £2500! Terry helped promote The Not Forgotten so much that Waitrose also managed to collect £480 through their Green Tokens.