A Newport-based veteran who was due to march in London on Remembrance Sunday hasn’t let COVID or his struggles with PTSD keep him from supporting the Armed Forces community.

Anthony Lock, 38, has embarked on a 138 mile ‘virtual’ jog – the distance from Newport to the Cenotaph in London – to raise funds for The Not Forgotten; a British Armed Forces charity which helped him get his life back together after he left the Army with serious mental and physical injuries.

Supported by his partner and his 15-year-old-daughter, Anthony, a former Corporal with the Royal Welsh Regiment is running around 10.6 miles each day on a treadmill at his home, despite suffering from spinal damage, arthritis and an acute pain condition.

Anthony initially hoped to raise £138.00 to represent a pound for every mile between Newport and the Cenotaph, but his fundraising efforts have exceeded his expectations and as of Wednesday, November 4th, he has already raised an incredible £2,500. His story has also made national news, with ITV Wales recently covering his run:

He aims to complete the challenge on November 8th just in time to pay his own respects to the countries fallen heroes and his friends.

Anthony tells us: “I was really looking forward to joining The Not Forgotten, fellow comrades and veterans for the march-past at the Cenotaph on Sunday, but sadly due to COVID, this significant event has been cancelled this year.

“I know this has been an extremely challenging year for everyone, but a further lockdown has led to things really spiralling for me recently.”

Anthony, whose motto is ‘never give up, neve give in’ decided to set himself the challenge to take his mind of things, keep on top of his PTSD and continue with his recovery, while also giving back to The Not Forgotten.

He added that the charity “really put their arms around me and offered me hope when I left the Army.”

In 2009, Anthony was seriously injured in Afghanistan and his world fell apart when he suffered both physical and mental injuries and became isolated from the world.

Anthony is proud of his service, but wanted to share some of the tough realities that come with war. He wrote a book called Broken By War, which reflects on the physical and mental struggles that he faced, both during and after his service with the Army.

The Not Forgotten was able to help Anthony overcome some of his struggles by taking him on a skiing trip, offering wellbeing check-ins, and surrounding him with other veterans who can relate to his experiences. He believes he might not be here today without their continued support.

All of us at The Not Forgotten are thankful and proud of what Anthony’s achieved as an author, as an inspiration to other veterans, and through his fundraising. We look forward to seeing him cross the virtual finish line!

If you would like to purchase a copy of Anthony’s book, Broken By War, you can order a copy here.

If you are a serving or ex-member of the Armed Forces or you know of someone that could benefit from the help of The Not Forgotten, please get in touch by contacting Tel: 0207 730 2400 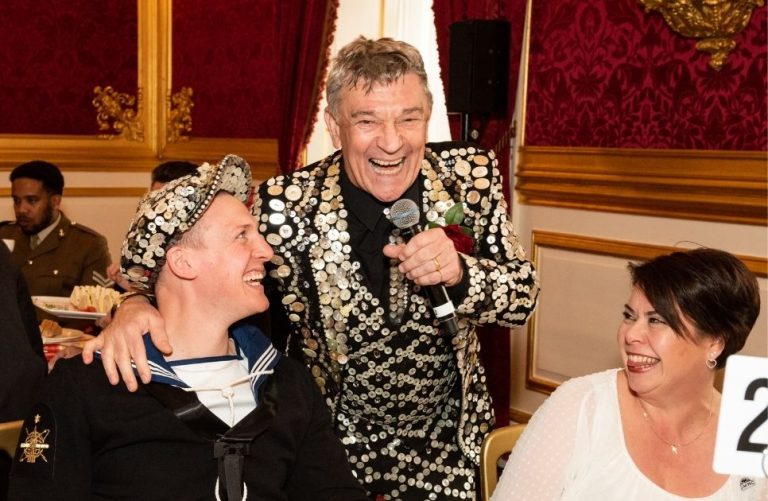