An award-winning cadet and a wounded veteran are taking on the challenge of walking back and forth across the Severn Bridge for 48 hours straight!

Good Morning Britain’s Young Loneliness Champion, Jake Walker, Anthony Lock and a group of 3 supporters are taking on the enormous challenge to raise money for The Not Forgotten and Helping Homeless Veterans UK from Friday, 16th July to Sunday 18th July (18:00 to 18:00).

17-year-old Jake became inspired to support veterans after reading Anthony Lock’s book, Broken By War which details his experiences as a soldier in Afghanistan, and the life-changing injuries and PTSD that he suffered after being hit by two blasts in six weeks.

Jake and Anthony have since become friends, and have chosen to do their challenge at the Severn Bridge because it bridges the gap between them, with Jake being based in Gloucestershire and Anthony based in Newport.

They will be joined by another veteran and Not Forgotten beneficiary, Dave Bentley, reservist Carl, and civilian Georgia who heard about Jake and Anthony’s challenge on Twitter.

The group will divide themselves into two teams, with at least one team walking at all times, while windows are given for the other team to have a water break, or to catch a brief bit of sleep on some Army beds which will be placed under gazebos at each end of the bridge, along with some basic supplies.

Jake said: “We will be pushing our mental and physical abilities to the max to help raise awareness and much needed funds on behalf of two amazing charities.

“I have done a 23-hour walk for charity before, so we thought we’d push it a little bit more to see what we’re capable of.

“It’s amazing to have the support of Dave, Georgia, and Carl, who we’ll be meeting for the first time on the 4th July at the bridge to get to know each other a bit better.

“I have a couple of surprises in store for the event, which none of the other guys know about. It’s all being kept top secret until the day.

“Together we can help make life that bit better for any veteran that may need that extra support, we can show that veterans are not forgotten and whatever the rank service gender age, we are proud of them.”

Anthony Lock previously fundraised for The Not Forgotten last year by virtually running 138 miles on his treadmill from Newport to the Cenotaph. He said the charity “really put their arms around me and offered me hope when I left the Army”.

Anthony added: “I want to raise awareness for veterans who aren’t getting the support they need, and to show just how supportive The Not Forgotten has been for me because they have shown me that I’m not forgotten.

“It was only 2 years ago that I hated seeing people and hated going out and had lost faith in the support that I could get. I reached out to Anne from The Not Forgotten for support and within minutes, they were in my life and it’s like this light has come on. They really do make a difference to us, and you only have to look at what they’ve been doing during the pandemic to see that.

“We’ve got a team taking part with us, and everyone’s got their own inspiring story. It’s going to be a really positive event, but also physically demanding, with a lot of walking. Some of us have injuries, I’m in pain quite often, but it’ll be good to have other people around me to keep me motivated.

“We hope that doing this will also inspire other people to get out and get walking. None of us have met apart from me and Jake. We’re a bit nervous, but we’re also excited. With PTSD it’s hard to make new friends, but if we can do it, anyone else can.

“This walk is going to be tough. I’ve been bimbling back and forth trying to run when I can, and I’m doing 5k as often as I can. Last week I did 20k. Jake, Carl, Dave, Georgia – they do a lot of running every day.

“Mentally, I’m just going to go for it. I know mentally, I’m going to be able to smash it, and I’ve got lots of support on social media to keep me going.”

Please note that due to Coronavirus restrictions, only a limited number of spectators have been invited to watch the fundraiser at Severn Bridge. If you would like to show your support, you can donate to their JustGiving fundraising page here. 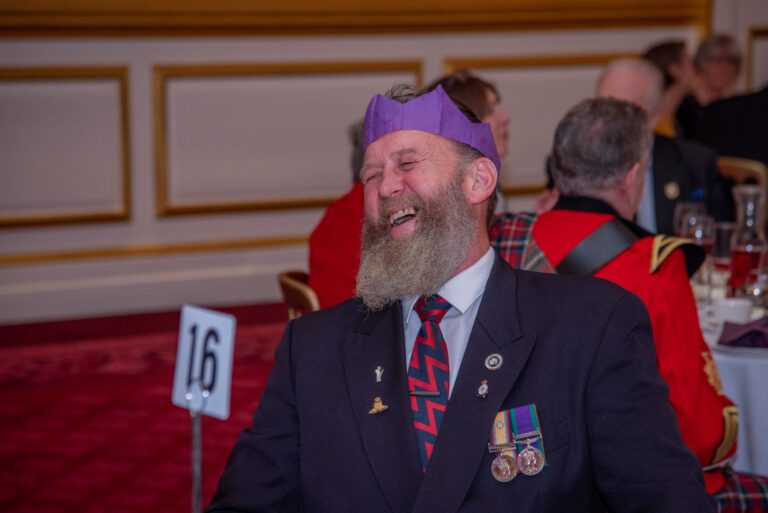